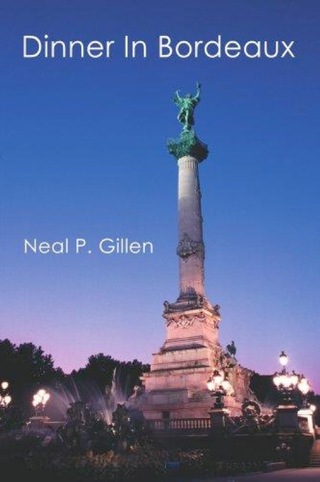 This thriller is forever current in today’s world where the fear of terror prevails. The story deals with realities of the post-9/11 era viewed through the mindset of Muslim terrorist, their hatred for the ways of the West, and their ongoing effort to bring about change through radical measures.

It’s a page-turner with a quickly moving plot that takes you through Paris and Bordeaux allowing the reader to get a feel for the pulse of these beautiful cities, and how the French security services operate in a crisis situation. More important, it explores the mindset of the Muslim terrorist, their hatred for the ways of the West, and their ongoing effort to bring about change through radical methods.

The setting is Paris and Bordeaux weeks after 9/11, when an American businessman in route from Deauville to Bordeaux, stops in Paris for a meeting and upon checking his E-mail finds an invitation from his Bordeaux host to attend an American art exhibit - followed by dinner with the U.S. Ambassador and Bernadette Chirac, the First Lady of France. At the train station the next morning he recognizes a familiar face, the young Middle Eastern man sitting at the adjacent computer in the Paris Internet café. He encounters him on the TGV to Bordeaux in the company of a number of men of similar ethnicity. Upon his arrival in Bordeaux he informs the local police. The pace of the story quickens as Pakistani sleeper agents assigned the suicide mission to kill Madam Chirac and the U.S. Ambassador arrive in Bordeaux with invitations to attend the art exhibit.