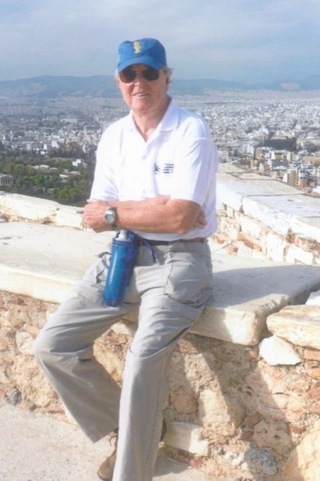 Neal Gillen is the author of ten novels: Sugar Time, It's Sugar Time - The Gift that Saved Us from Castro, Capitol Punishment, Dinner In Bordeaux, Kitty’s Rules, Slamming The Close, The Night Clerks, Altar Boy, Lonely No More, Rendezvous in Rockefeller Center, three Memoirs: 1954 Adventures in New York, Moments of Truth, Chicago 1968: Personal Reflections & Other Stories, and How to Publish Now, a how-to book on publishing. His short stories have been published in the Delmarva Review, O-Dark-Thirty , Cryptolog Magazine, University Club of DC Magazine, and the Queens Gazette. The short stories also appear in his Blog. In 2017, the short story, Rendezvous in Rockefeller Center was developed as a play and further expanded into a novella.

Gillen lives in Potomac, Maryland, just outside of Washington, D.C. He is has served on the board of The Writer’s Center and is its former Vice Chairman. He established and funded an annual award for outstanding first novels, The McLaughlin, Esstman, Stearns First Novel Prize, administered by The Writer’s Center. He is a member of the Authors Guild, the Eastern Shore Writers Association, the Maryland Writers' Association, and is the former Secretary of the American Independent Writers. He currently serves as the mentor to the Teen Writers' Club at the Potomac Library.

A Navy veteran, Gillen served as a member of the Naval Security Group in 1955-58 as a radio intercept operator of Russian and Chinese naval vessels in Guam and Okinawa, and as a monitor of U.S. and NATO naval communications in Naples, Italy, and Scarborough, England. He later went on to graduate from New York University (NYU) and Georgetown University Law School. While at NYU, as the Upsilon Chapter delegate to the 1960 Theta Chi Fraternity national convention, he seconded the motion to repeal the restrictive "white christian" membership requirement.

He began his legal career with the American Automobile Association in its Washington headquarters, where he worked on auto safety issues, and participated in the drafting, consideration, and passage of significant federal auto, tire, and highway safety acts. Thereafter, he served many years as the general counsel of the American Cotton Shippers Association (ACSA) and its federated associations and later as ACSA’s executive vice president until his retirement in 2010.

In representation of the international cotton trade, Gillen traveled to over fifty countries appearing on panels and programs on trade rules, arbitration procedures, and contract enforcement. He has also appeared before foreign Parliamentary bodies, the U.S. Congress, and state legislatures on over a hundred different occasions. Currently, Gillen serves as the International Cotton Advisory Committee’s (an intergovernmental organization) Permanent Representative to the United Nations Commission on International Trade Law. He is the co-author of “Forward Contracting in Agricultural Commodities: A Case History Analysis of the Cotton Industry,” 12 The John Marshall Journal of Practice & Procedure 253 (1978-1979).

Neal is also a Member of U.S. Masters Swimmers a former open-water competitor, he now competes in senior-level pool events. He completed the Alcatraz Swim in 2010 through 2015 as the oldest competitor, the Brooklyn Bridge swim in 2013, and is the ranking medalist in his age group in six Maryland Senior swimming events, and is ranked in the top ten nationally. He is a member of the Maryland Senior Olympics Commission, serving as its secretary, and is the former Chair of the advisory board of the Bethesda-Chevy Chase YMCA. For many years he competed in cross-country equestrian events.

He is married to Mary-Margaret Donnelly Gillen, a former antitrust litigator. They have two daughters, both attorneys, Lauren of Red Lion, Pennsylvania, and Donnelly of Oakland, California.

November 22, 2017
The Writer's Center
My latest book, Rendezvous in Rockefeller Center, is featured in an interview on my experience as an author at the following link:
https://thewriterscenter.blogspot.com/2017/11/q-with-author-neal-p-gillen-rendezvous.html